“The future belongs to those who know how to take advantage of data” was the vision of KL’s Political Summit in Aalborg.

Participants in KL’s Municipal Political Summit in Aalborg got a powerful shot of visions when Alec Ross, technology policy expert, former Innovation Council provides for Hillary Clinton summarized the book ‘The Industries of the Future’. Alec Ross gave substantial input on the role of technology in the welfare state .

BrainBotics supported Aarhus Municipality’s robot on stage during the talk and at the booth on the conference.

A trip into the future with Pepper

Friday the 9th of December, the Danish high school Alssundgymnasiet took a trip into the future. The regular schedule was cleared and replaced by workshops and lectures on artificial intelligence and robotics.

END_OF_DOCUMENT_TOKEN_TO_BE_REPLACED 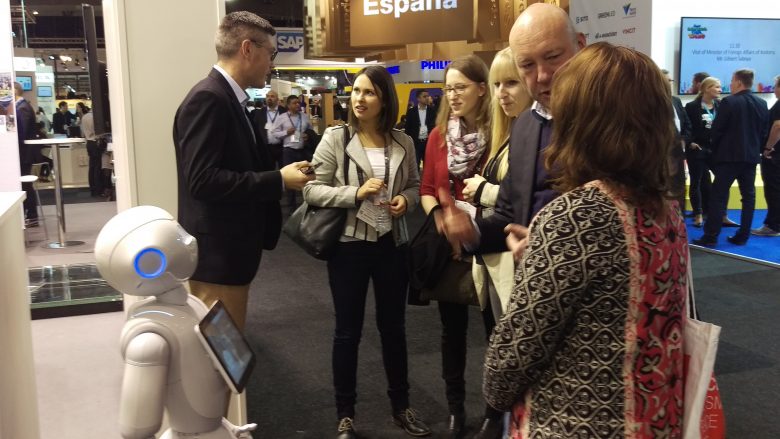 BrainBotics participates with the robot Norma at the Smart City Expo World Congress in Barcelona. On behalf of Aarhus Municipality, BrainBotics have been invited to program their robot to welcome people at the pavilion and to show case some of the many Danish Smart City solutions.