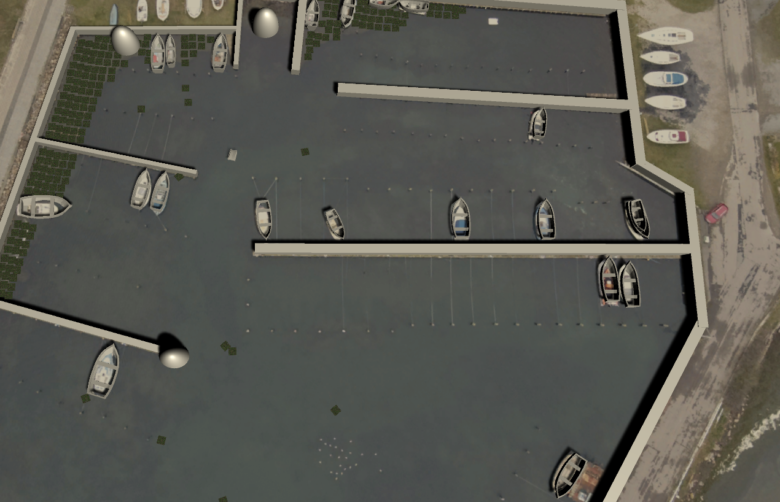 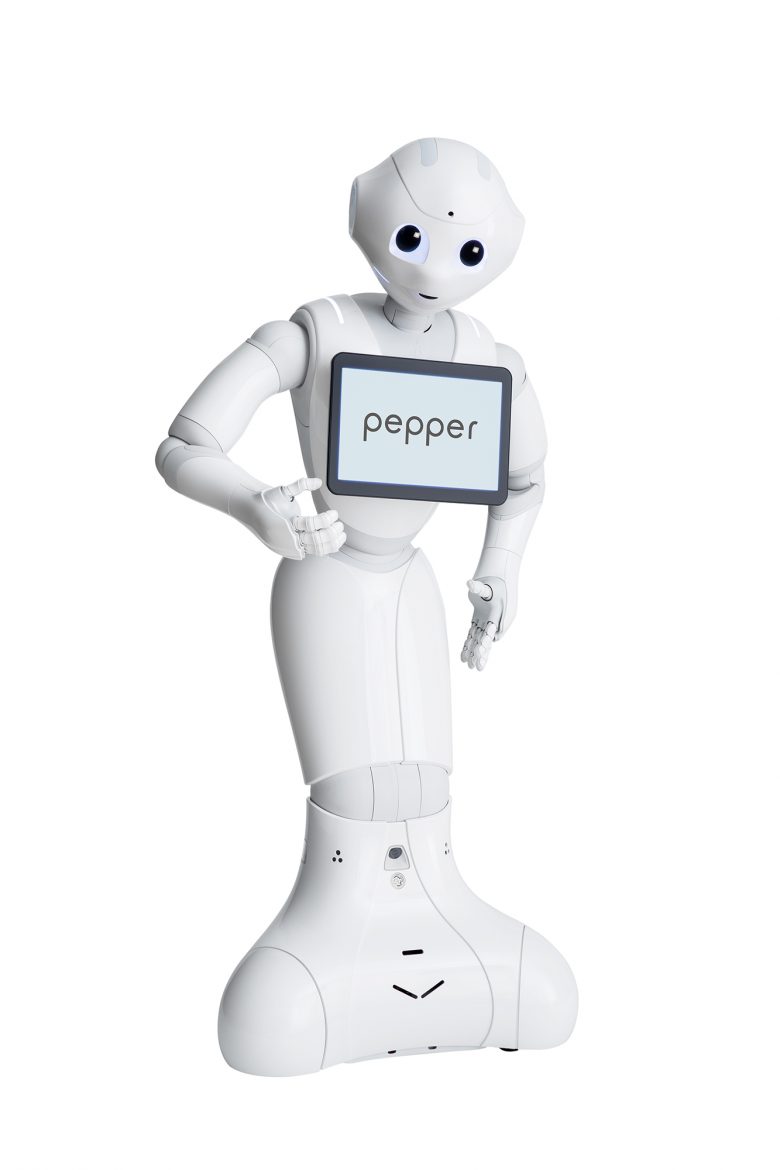 Talk at Employment and Integration Administration in Copenhagen Municipality

Employees in the Employment and Integration Administration became more aware of digitisation and robot technology when robot and machine learning expert Søren Tranberg Hansen gave a presentation at Jobcenter Copenhagen. Søren brought the robot Pepper to demonstrate the limitations of the robots: Pepper can find answers to what he’s coded for, but if you ask him a question he’s not prepared for, you won’t get a word out of him. So the reality is far from the horror scenario that we know from the Terminator? The job centre already has good experience in the use of robotics. It’s not a physical robot like Pepper, though. Because in the autumn, the job centre was given ASTA, a programme that can quickly find relevant information in a case. This means that in the long term the job consultants can spend more time on the citizen and less time on the preparation. ASTA is only one initiative out of many in an ambitious digitisation strategy that will be implemented in management in the coming years.

Polaris’ can now guide a user to an optional conference room. The guidance is similar to how it would lead a traveller from one place in an airport to another.

RobotUnion will select 20 startups that will be financed with up to €223,000 in cash plus acceleration services. The 20 startups selected will receive €3,800 each equity free in cash and mentoring services in the first 2-month Feasibility Plan stage. The 10 best of these startups will enter in the product acceleration program and will receive up to €120,000. 8 Startups selected from the previous phase will enter the intensive 4-month Business Acceleration program which will finish with a selection of the 4 best startups which will receive up to €100,000 in the final Investment phase. In total, Startups can receive up to €223,000 in cash plus services.

The four best startups will also have the possibility to be privately funded with around €1M with the help of Blumorpho, Odense Seed and Venture and Chrysalix that are part of RobotUnion consortium.

Selected companies would be able to participate in a 16 months online Premium Acceleration Service, led by top Research and Technology Organizations from all over Europe, key world-class digital ecosystem professionals and entrepreneurs.

Robots at the Danish Chamber of Commerce

The Danish Chamber of Commerce is the network for Trade, IT, Industry and Service in Denmark.

On October 3 2018, the Danish Chamber of Commerce opened the doors to Advisor Day 18, which focused on the future labor market and skills. In focus among other things, was n what new technologies mean for the Danish and international labor market and delve into some of the trends in the advisory industry that we are currently witnessing.

Søren Tranberg gave a tech talk on what robotics will impact advisor business.

Robots and AI in the maritime sector

MSSM is an annual conference where the maritime industry meets on safety, health and environment. The Blue Denmark can experience lectures, workshops and presentations. The conference is a great opportunity to meet colleagues across organizations and expand their network in the industry.

The conference’s goal is to gather shipping companies, authorities, research, companies and maritime schools working with the working environment, safety, health, well-being, cooperation, management and the environment at the office and at sea.

You can find lots of inspiration – also at the conference industry exhibition. Here, Blue Denmark shows some of the results that help ensure that the industry can maintain its high level of safety and a good working environment – even in the future. 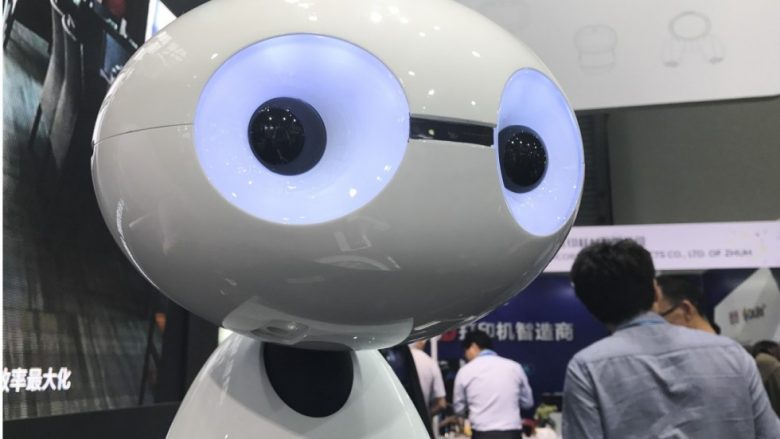 Apply to Robot Union and get up to €223K equity free

In the next three years, Robot Union will select 40 start-ups that will develop projects, in the field of robotics, which are linked to the manufacturing, agri-food, health and civil infrastructure industries.

There is a clear need to stimulate European start-ups and SMEs in the robotics sector to develop novel and innovative technology with the potential to open new markets at the international level. The aim of the Robot Union acceleration program is to discover, support and fund innovative projects in the robotics industry.

Robot Union will address the two major barriers that hinder the development and market uptake of robotics technologies for entrepreneurs and start-ups: the elevated setup costs and the lack of awareness of potential benefits of robotics.

The use of robots in digital signage is on the verge of a major breakthrough, as robots can move physically and thereby improve communication and interaction significantly compared to stationary digital terminals. However, existing robot platforms are still difficult for most programmers to use, not suited for human-robot interaction or simply too expensive. This project will revolutionise the market for digital signage by developing a high-quality robot platform featuring state-of-the-art robot navigation algorithms that are easy to use for app programmers everywhere. This will make it fast for non-robot developers to create and maintain new robot applications, which can be used for interactive digital signage, as a tool for wayfinding, information, entertainment and advertising within retail, transport and healthcare. The robot will tap into the market for service robots which is expected to reach USD 23.90 Billion by 2022, at an annual growth rate of 15.18%.

Autonomous Robots Will Show the Way

In the future, passengers and staff at airports, hospitals and other logistics hotspots around the world will receive a helping hand from an entire army of autonomous robots which will increase the service level, people flow and safety.

Together we partners, we have successfully received 2 millions dollars in funding from the Danish Innovation Fund.

Today, there are a few thousand robot engineers worldwide, while there are millions of app developers. We allow our robot prototype to let the app developers get to the dish so that it’s just as easy to develop services that work through robots as it’s currently building apps

The current robot prototype is built as an autonomous robot balancing on a ball. The body is one and a half feet high and the head consists of a tablet computer. Interaction with users will work like other digital assistants like Apple Siri or Amazon’s Alexa. 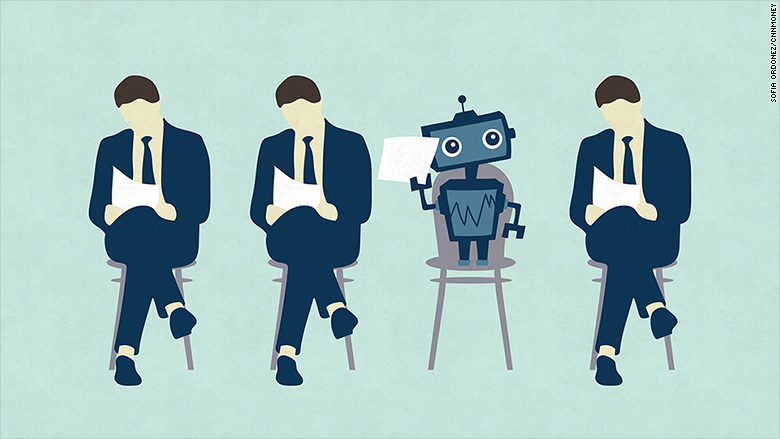 How AI and automation will impact jobs, skills, and wages

McKinsey Global Institute’s latest report, Jobs lost, jobs gained: Workforce transitions in a time of automation, assesses the number and types of jobs that might be created through 2030 and compares that to the jobs that could be lost to automation.

The key finding is that while there may be enough work to maintain full employment to 2030 under most scenarios, the transitions will be very challenging—matching or even exceeding the scale of shifts out of agriculture and manufacturing we have seen in the past.

About 60 percent of occupations, at least one-third of the constituent activities could be automated, implying substantial workplace transformations and changes for all workers.